We help our clients plan, grow, and protect their wealth...in the context of what is important to you.

What many people don’t expect when they work with us — we’re human too. We’ve all made our fair share of mistakes in this world; many of these mistakes helped us become the competent advisors we are today. Without these lessons, we would be left referencing textbook material and subjective news commentary, and that’s no way to run a business.

Our hope for every one of our clients is that after each meeting, you’ll feel more confident and rest assured that your money is here to be an engine of opportunity. 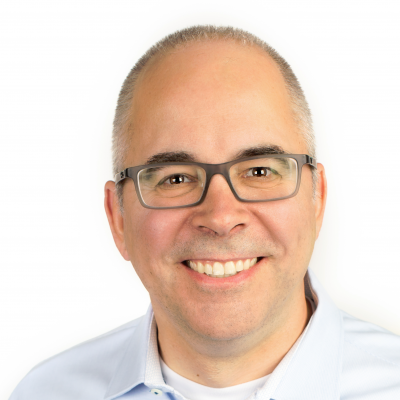 I am fond of saying that I rarely do something for only one reason. My decision to change careers and become a financial advisor is no exception. After 15 years in the tech world, I recognized that my tech career path was not fulfilling in the way I wanted it to be. Through long soul-searching conversations with my wife, colleagues, and friends, I inherently knew that any change would have to live up to three standards: value, meaning, relevance.

That portfolio belonged to my grandparents, and they would later become my first client. I am eternally grateful for the life lessons that I learned from them and the opportunities they provided to me. My grandparents modeled some incredible behavior, both personal and financial. They were frugal and generous at the same time, and to me, they embodied a book that had been hugely influential to me: The Millionaire Next Door. From my relationship with my grandparents, I developed my first mantra for thinking about investing and giving advice to clients: is this something I would recommend for my grandparents?

This project that I embarked upon with them in 2008, the finding and framing answers to important questions, was a pivotal moment for me. I found the experience to be thoroughly rewarding. For me, it was as if a light had been turned on in a dark room. I realized that basing a financial advisory practice on honest and relevant advice could deliver significant value and develop meaningful relationships with the people I worked with while having a positive and sometimes dramatic impact on their lives. I also realized that these services were relevant to almost everyone I knew in times of uncertainty and occasionally turbulent markets.

I decided that the right path for me was that of independent, unbiased financial advice. It was hard to walk away from my career as an IT professional (I was well paid, developed some decent skills, and was pretty good at what I did). At the same time, I knew there was the potential for better - one that would be more meaningful for me, more relevant to my passions, and provide more value for clients.

Learn More About Me

If you had a million dollars to spend, what would be the first thing you would buy?
A ski cabin in Tahoe.

What’s the most likely place people could find you on a Saturday night?
At home making dinner for the family. It's the only night of the week I have time to spend the time to make a really great meal.

Which would you pick: Living on the beach or living near the mountains?
Both! My wife and I have a stretch goal to have a house in both locations in retirement.

Imagine being approached by a genie who offers you three wishes. What might those wishes be?
First would be to stop the warming of the planet. I really worry about the legacy we are leaving for our children and grandchildren. Second would be that my children build meaningful lives. The last would be a fully funded 529 plan for all my nieces and nephews. 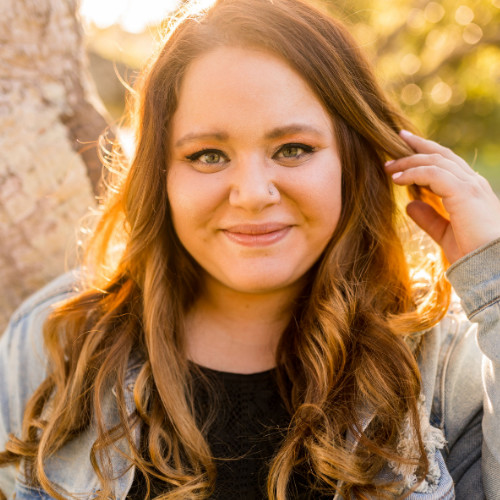 I live my life by many mottos, but professionally I am led by the belief that no one achieves anything alone. For many years, I was in the education field and taught preschool through elementary-aged children. After being in the education field for about 10 years, I found that I prefer to work hands-on with adult learners by helping them reach both their personal and professional goals. As such, I chose to pursue my degree in Human Resources Development. With such a variety of experiences, I have found that helping others of any age or circumstance thrive and meet their goals is my true passion.

I grew up in the small country town of Hollister, CA. I am a fan of travel, so I chose to move to Chicago as a young adult to experience more than my small-town bubble and complete my degree. I then moved to Utah where I worked with elderly, incapacitated, and special needs clients in the fiduciary industry as a Trust and Estate Administrator. My specialty as a Trust and Estate Administrator lay in administering Special Needs Trusts. It has brought me great joy to help those in need achieve their wishes and desires. Empathy and compassion are two key components of how I approach others.

“Vulnerability is not winning or losing; it’s having the courage to show up and be seen when we have no control over the outcome.” -Brene Brown

Learn More About Me

If you had a million dollars to spend, what would be the first thing you would buy? Hands down a beach house in Monterey.

What’s the most likely place people could find you on a Saturday night? Wherever my friends and family are. But I always enjoy a quiet night in by the fire, cooking a meal and snuggling with my puppy.

Which would you pick: Living on the beach or living near the mountains? I love the water! I grew up as a nationally ranked swimmer, so hands down the beach. My favorite place in the world is Monterey, CA.

Imagine being approached by a genie who offers you three wishes. What might those wishes be? To help me provide for my family and bring us closer together.  World peace.  Start a philanthropic foundation for animals in need.

If you had the ability to travel back in time, what’s something you would tell your 18-year-old self? Don’t grow up so fast - adulthood is not what it seems.  Always strive for excellence, but don’t allow the fear of failure to compel you not to try.

They are professionally trained by Mutual Advisors, LLC. to work with all of our custodians. This additional level of support and coverage allows our advisors to maximize the time spent with clients, minimize the amount of time spent on administrative tasks, and will ultimately ensure that our clients have the best possible experience. 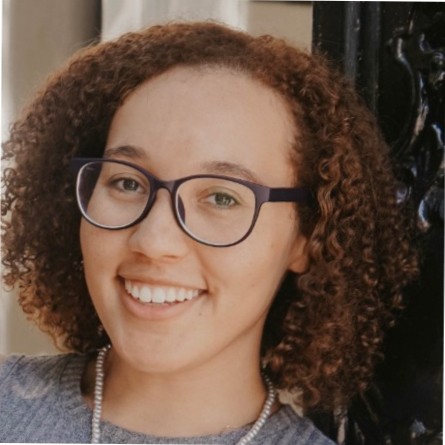 Shyanne has been in the financial services industry for over 8 years, with most of her experience in retail banking.  Since moving from retail banking to Mutual Group in December 2021, Shyanne has begun to build professional relationships with Advisors and Custodians.  She has a passion for providing support for advisors while they are in the field.  Shyanne is currently studying to sit for her Securities exams.

After 5 years of living in Charleston, South Carolina, Shyanne and her new husband moved back to her hometown in Northern Virginia to start their family.  They now have two young boys under the age of 3. In her personal time, Shyanne loves to spend time with her family, explore local hiking/walking trails, and watch movies. 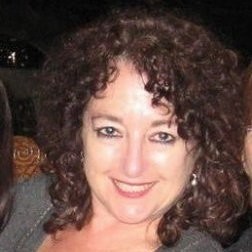 Sherry has been in the financial services industry for over 25 years, managing a call center and various back-office teams. Since being a licensed Investment Advisor Representative, she provides sales and service support to other advisors. She most enjoys the professional relationships she has built with these advisors and their end clients. She is currently a key player on an outsourcing team, providing support to advisor offices in the field.

Sherry lives in a small beach town in southern California. In her personal time, Sherry loves traveling with a group of friends, hosting large family gatherings (pre-Covid), gardening, and volunteering with local civic groups. Sherry’s daughter is a 3rd-year medical school student in Chicago; her son is a Business Development Manager in Portland, and her son-in-law is a high school math teacher. Sherry also designs and builds chuppahs, arbors, and backdrops and runs her own rental business in California.

Sam has been in the financial services industry for over four years at TD Ameritrade.  Since moving over to Mutual Group in March 2022, Sam has begun to build professional relationships with Advisors and Custodians.  She has a passion for providing support for advisors and gaining knowledge about other firms in the financial industry. Sam is currently studying to sit for her Securities exams.

Sam grew up in Illinois but has spent the last eight years in Omaha, NE. She graduated with an MBA from the University of Nebraska in December of 2021. In her free time, she likes to hike, volunteer, travel, and horseback ride.

As we have worked with many families, in all stations of life and in all phases of life, it has become abundantly clear that we are very blessed at Context Wealth. Some of those blessings have come through the fruits of our labor, but a good portion (and more than most people would readily admit) has come in the form of luck. We were born in the right country, to the right parents, and perhaps met the right people at the right time in our lives.

Not everyone has been so lucky. In recognition of this, our desire is to provide more opportunities for those less fortunate than ourselves.

While there are countless worthy charities to support, we have chosen to support two organizations - one local, and one global - dedicated to providing basic opportunities to those in need. The first provides assistance to those facing food insecurity in our local community. The second provides access to clean drinking water.

Food insecurity (noun): the state of being without reliable access to a sufficient quantity of affordable, nutritious food.

Second Harvest of Silicon Valley provides food and meals to the food insecure. In 2022 they served the needs of over 450,000 every month. 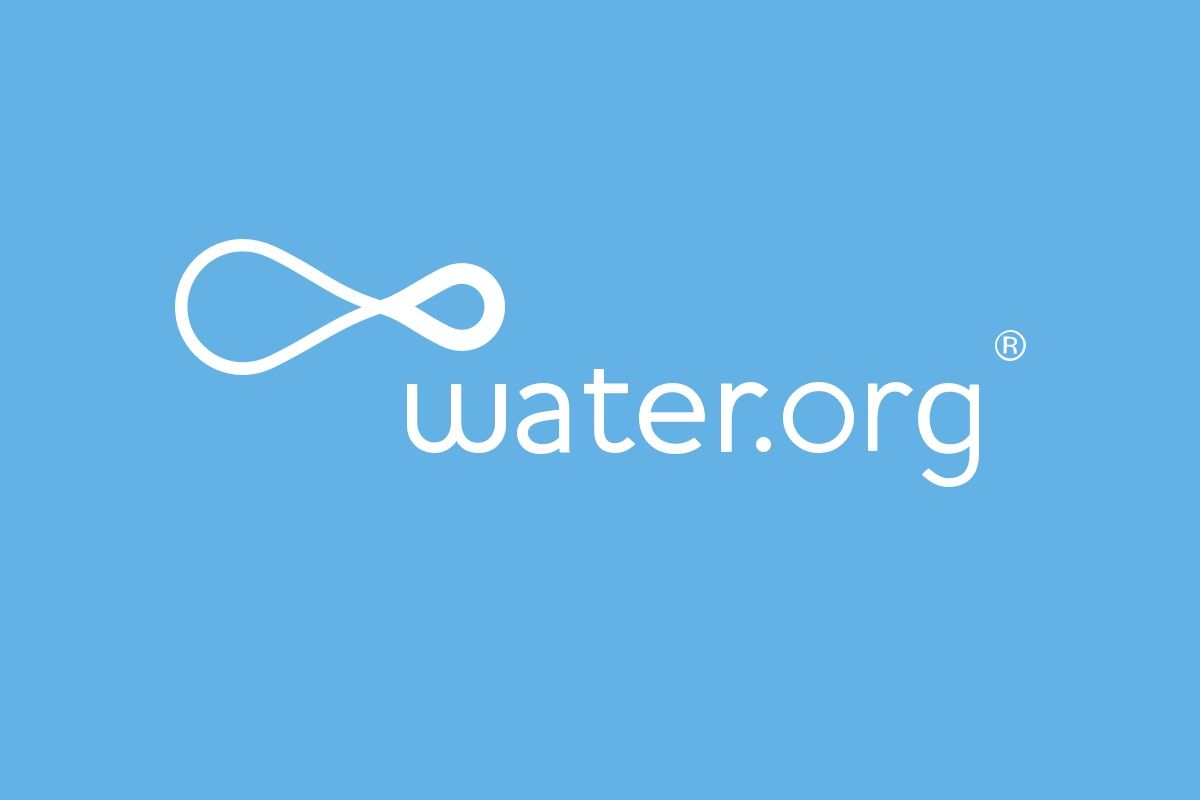 In 2022 it is estimated that 771 million people do not have access to safe water.

Water.org offers smart solutions that break down the financial barriers between people living in poverty and access to safe water and sanitatio.

Getting Started Is Easy

While every conversation is different, you should expect to cover some general information and get a sense of what it’s like to collaborate with us.

To help prepare for this meeting, you should have a basic idea of your current financial picture and financial goals. How are things now? Do you have any concerns? What do you hope to accomplish in the next few years and longer term?